Established in 1830, our tradition spans eight generations, a history which continues to this day.

The Shibata Brewery was founded in the late Edo period of 1830, in Shimoyama village of the former Nukata district of Aichi prefecture. The Shibata family was the landowner and the headman of the village at the time, and it all began with producing and selling sake made from surplus rice. There was a fire at the cellar in 1898, and the sake kept in barrels leaked into the nearby river. This drifted far downstream to the town of Okazaki, and the people who lived there learned about the existence of the brewery built deep in the mountains. It is said this is how the name of “Kō no tsukasa” became known widely. 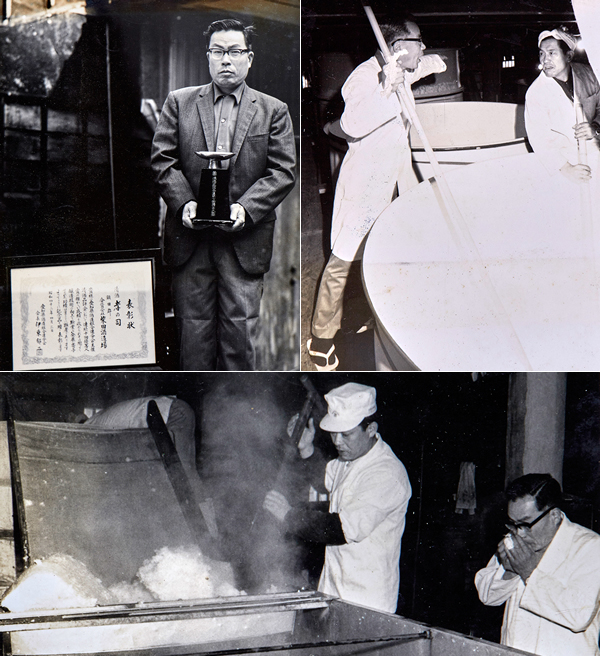 Heads of the Shibata Brewery

The original cellar built in the 1800’s was lost in the 1898 fire, but rebuilt the following year and maintained ever since. The below photo shows the cellar as it was in the Showa period, and is still visible today.

The former cellar built in the early 1900’s (front left) still stands today as a testament to our brewery’s history. The building on the far right is the “Ginjo-gura,” completed in 2016. The two cellars are still connected, representing our brewing philosophy, which values maintaining tradition while improving our methods and environment. 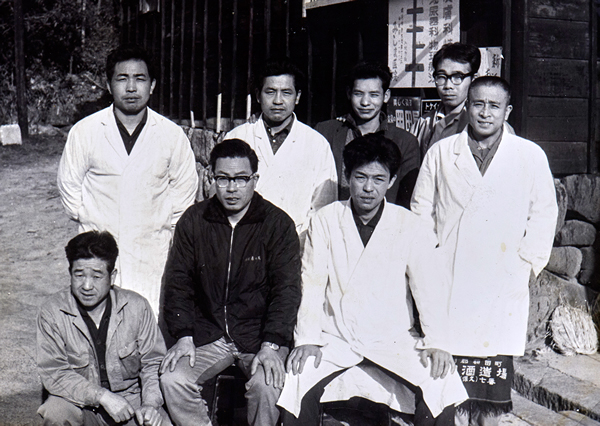 The Story of the Wells

There were two wells in the main building in the times of the 6th Generation Head, Seizo Shibata. There was also another in the warehouse, however the amount of water was little, and they had to draw water from the river nearby. One day, the fuel that was being used in the factory leaked from the tank, which made the two precious wells no longer usable. In search of a new water source, they decided to dig a new well. A total of seven wells were dug, and two among those wells, the “Matsubayashi” and “Iwa-no-age” are still mainly used to this day.

The “Matsubayashi” well was dug by the Chotaro Ikeshita family from Hanayama, Toyota City in 1955. The well was dug by hand using only shovels and hoes, and it took three years to complete. The 7th Generation Head, Takao Shibata, Toji Muramatsu, and employees of the brewery all helped to carry a total of 150 unglazed earthen pipes to the top of the mountain. It is said the wife of the 7th Generation Head Takao, Keiko, also climbed the mountain while carrying the young, current head Hidekazu, to observe the workers. Later on in the Heisei period, the “Iwa-no-age” well was also completed with the help of a construction company. The water used to make our sake is still collected from these wells.

※The Sasayuri Bus operates only on weekdays. Please confirm the Okazaki City website for details regarding other community buses in the Nukata district.